AirPods may not save the most creative hardware company in the world. Lately, Apple is getting a bad rap. From MacBooks with battery issues to slow to grow desktops, it’s easy to forget how innovative the company has been throughout the last 15 years.

Let’s take a quick look at the timeline of Apple headphones and how they helped forge a visual language for an iconic brand. Read through the timeline, then check out our review of Apple AirPods and our list of AirPod alternatives for under $50.

In 2001 Apple introduces the iPod, complete with stark white headphones many consider the real stars. The trend-setting headgear sounds great, and more importantly sets a new yuppie standard for commuter fashion. No one cares that you have 1,000 songs in your pocket when you are rocking these flashy white Earbuds on the subway to work. Sometimes they gave you a mild shock, no big deal. Apple’s original Earbuds go through a small iteration after 2001 to add a volume controller, but no real cosmetics change until the release of the iPhone. In 2007, Apple makes the big announcement that changes everything. Paired with every iPhone is a shiny new set of Earbuds, complete with a remote control and included microphone. The sound quality and fit are far better than iPod-only predecessors. The cord tangled. A lot. This “feature” may have spawned countless tangle free earbuds we know today. In a bid to confuse customers, Apple releases what is marketed as a higher end version of the standard Earbud: the In-Ear Headphones. These odd, medical-device looking headphones are designed to cram into your ear canal via rubber plugs. In theory, you are supposed to get better sound while reducing ambient noise. In practice nobody buys them, and they are quickly relegated to a reduced inventory. 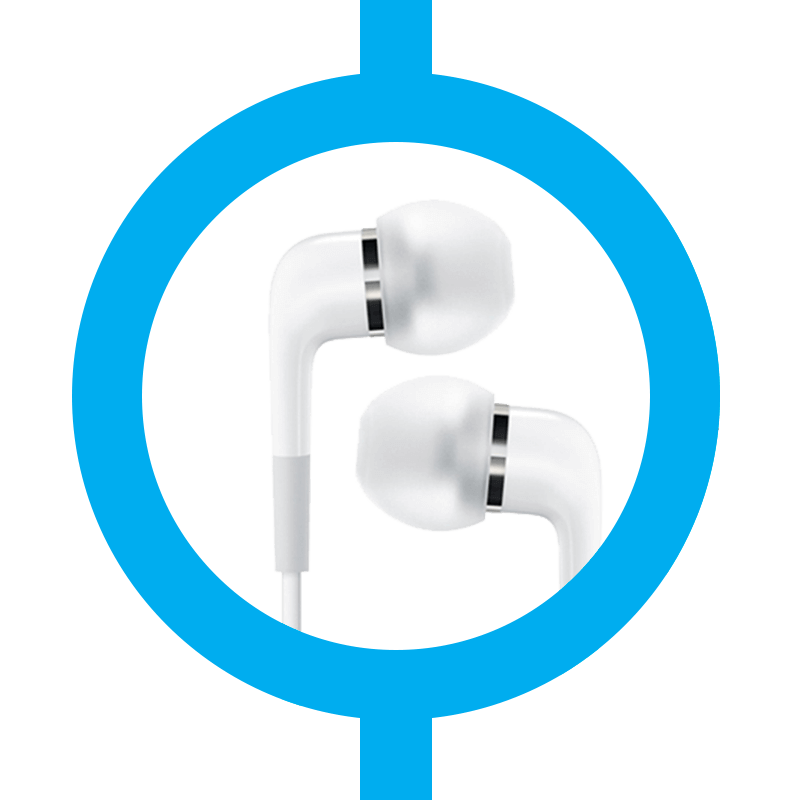 We’re still not sure how Siri will fit into our lives (if ever). There’s just something annoying about people talking loudly into their headphones in public we can’t get over. That said, Apple causes a press stir when they announce voice commands are integrated into iPhone Earbuds along with new click functionality. 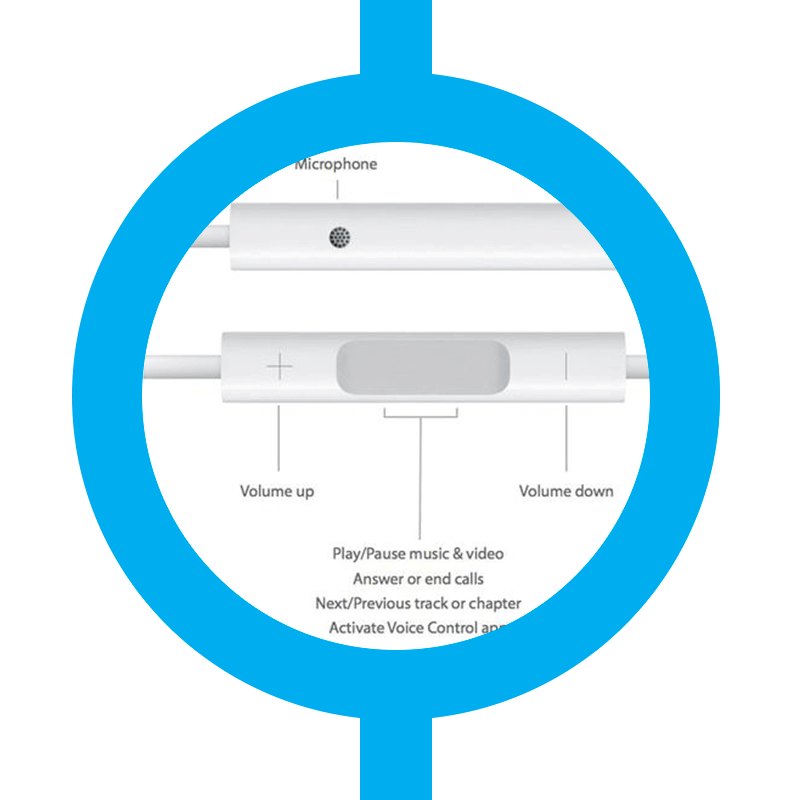 After a 5-year run, Apple shelves the Earbuds to release the EarPods

. Shipping with the dramatically redesigned iPhone 5, the EarPods introduce a new shape and new hardware to better fit the human ear. While they are a bit uncomfortable at first, the universally lauded superior sound and shape catch on quickly. It’s worth noting that although new colors of the iPhone 5

are being introduced, Apple refuses to change the bright white on their EarPods. Apple certainly demonstrated that 15 years can bring a lot of innovation in product design, right down to the headphones. But creating the future has a price. The much hyped AirPods – a true wireless version of Apple’s iconic earbuds form factor – were delayed due to technical challenges of developing a quality product in a tiny space. Starting as wired, tangled messes that caused more than one customer slight inner ear shocks in 2001, Apple ambitiously cut all cords while retaining the basic shape that defined fashion and culture in the early 2000’s. While some early complaints pointed to device incompatibility and poor battery life (for alternatives check out our roundup of the best Bluetooth earbuds for power users), the AirPods eventually became a worldwide phenomenon. Want to know what we think about the AirPods? Check out our review of Apple AirPods. Nearly three years after the original AirPods hit the market, Apple released the next evolution of what had become the most popular true wireless earbuds in history. Adding a new wireless H1 chip similar to Bluetooth 5 chipset advancements for increased battery life and signal strength, Apple took their game up a notch. Wireless charging capability via the Qi standard was also added to the AirPods 2 charging case, allowing owners to easily charge their AirPods without plugging them in. Combined with hands free “Hey Siri” support and the second generation became a legitimate competitor in the true wireless market. The new AirPods release came in tandem with a controversial decision to kill AirPower, Apple’s purported new wireless charging mat that would have been compatible with AirPods 2. Can’t win ’em all… It’s no secret that Apple is under extreme pressures from competitors muscling in on the creative customer to international assembly and trade pressures. The brand has been redefined and revitalized by the iPod

, an incredible device that changed the portable music game. Then, impossibly, Apple continued to redefine the playing field via iPhone. Can the company known for shaping the media history of an entire generation catch lightning in a bottle three times in a quarter century? Only time will tell. Until then, Apple fans will keep rocking the iconic white headgear. Not sure you want to buy in to the hype? Check out our list of outstanding AirPod alternatives for under $50.

The Best Bluetooth Headphones Under $100

The Best Bluetooth Headphones Under $200